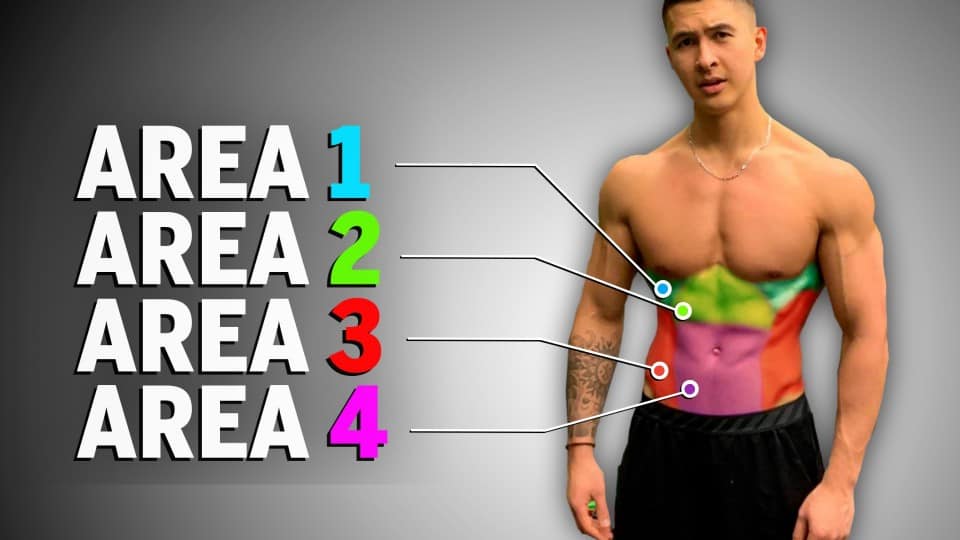 The Best Ab Workout For Six Pack Abs (Based On Science)

In this article, find out the best science-based six pack abs workout you need to do for an impressive-looking midsection.

Let’s face it, acquiring a sculpted set of six-pack abs is a goal that most of us want to achieve.
Most of us also know that in order to achieve this, we need to strip off the excess fat that’s covering our abs by focusing on our diet.

And you’ll have to do this until you get down, depending on your gender: 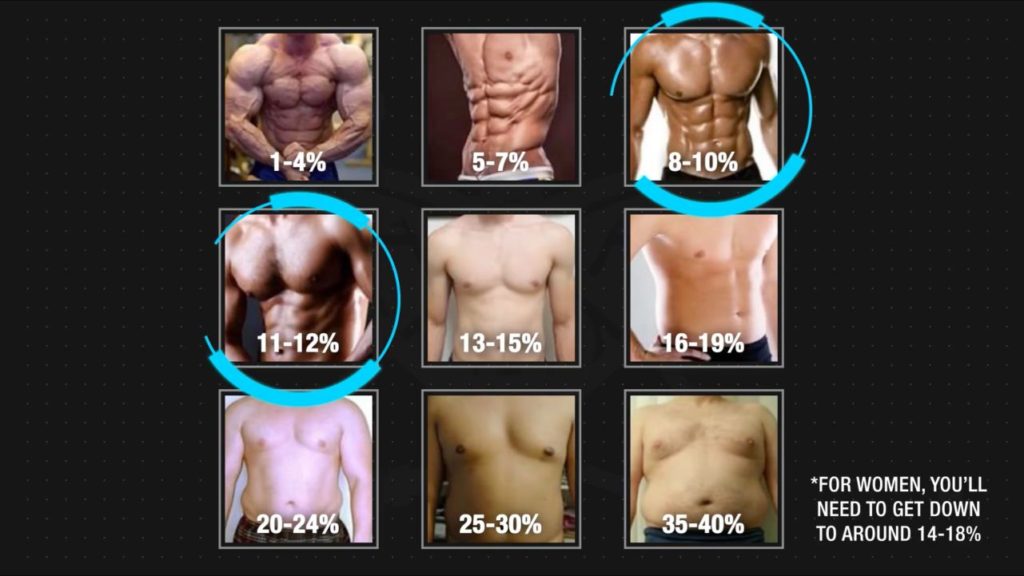 That said, achieving well-developed abs and an impressive looking midsection goes beyond this. Now, it's true that your diet will be mainly responsible for revealing your abs in the first place. But here's the crucial part. Your training will then be responsible for how developed and how well your abs and overall midsection look once they’re finally revealed.

But, of course, it's almost impossible to have a nice set of abs if your other muscle groups are lagging. That's why we've built multiple step-by-step, science-based programs - so you can finally achieve your dream physique. With those enviable six-packs. If you're interested:

Either way. Adding direct abs and core work into your routine is definitely needed if you’d like to improve your six-pack development.


Basic Anatomy Of The Core Muscles

In order to best do this, you need to first understand the basic anatomy of the core muscles. That's because they each play a vital role in contributing to the overall look of your midsection.

First off, there’s the rectus abdominis. 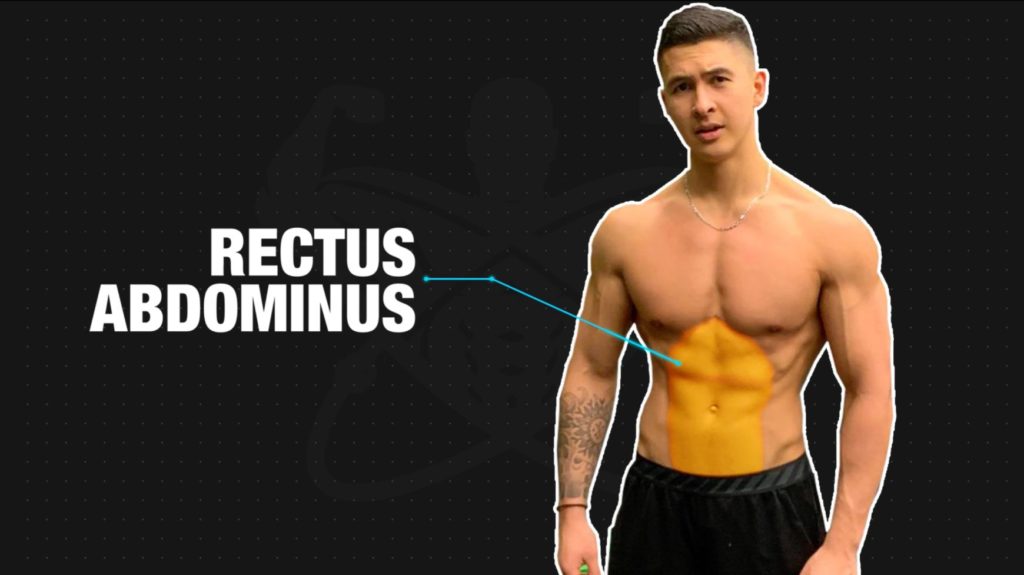 Which is the muscle group most associated with the coveted “six pack”. Now the rectus abdominis can be further divided into two regions:

And research has shown that each of these two regions can be selectively activated given that they’re innervated by different nerves. Which as you’ll see, will be accounted for when we get to our workout. 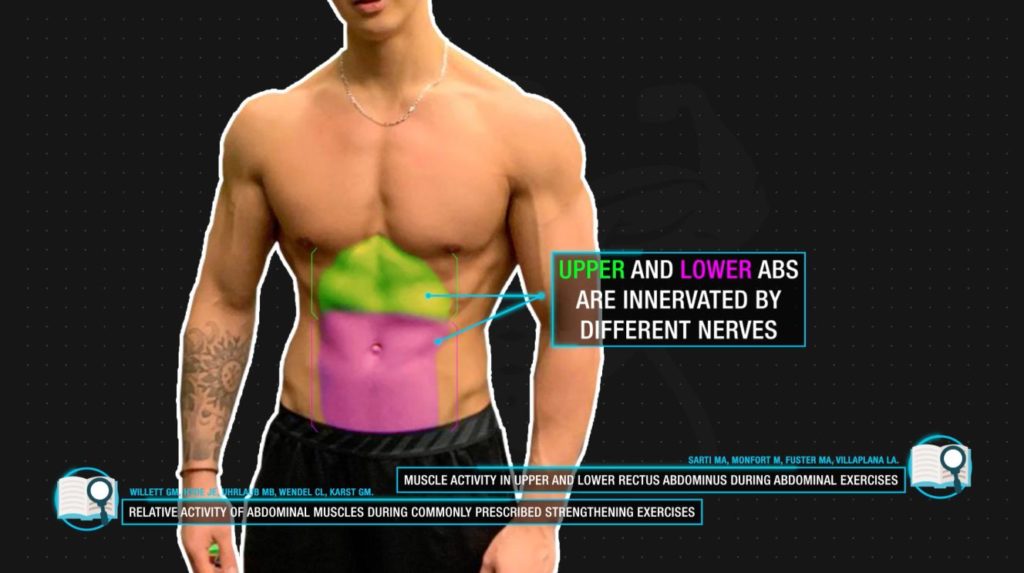 Next, there are the obliques. These run down the sides of the abs. In addition to adding definition to your mid-section, obliques can also help visually taper and narrow your waistline. 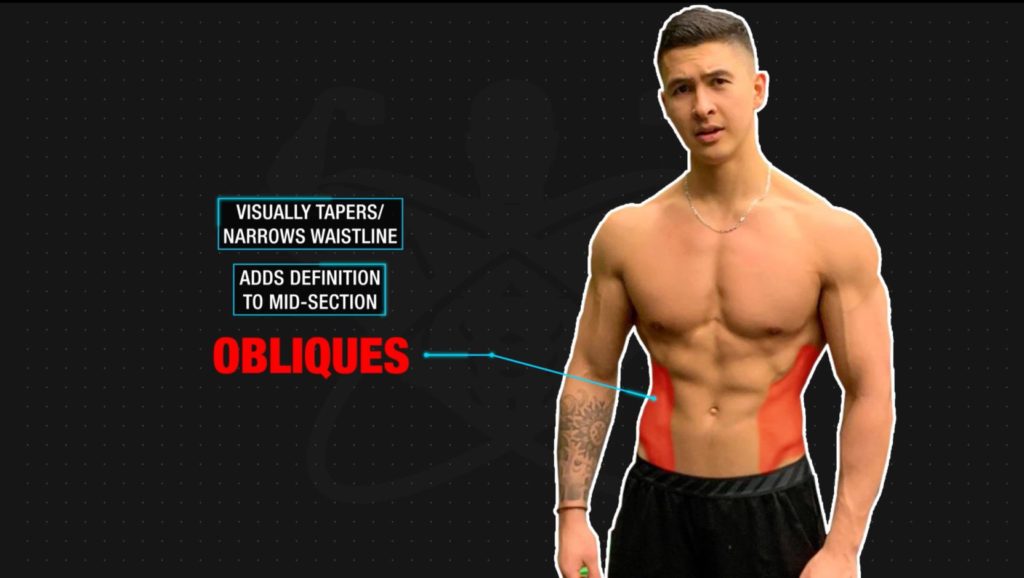 Lastly, there’s the serratus anterior situated right on top of the ribs. Which again adds more definition to your midsection. As well as plays a vital role in your shoulder health and injury prevention. 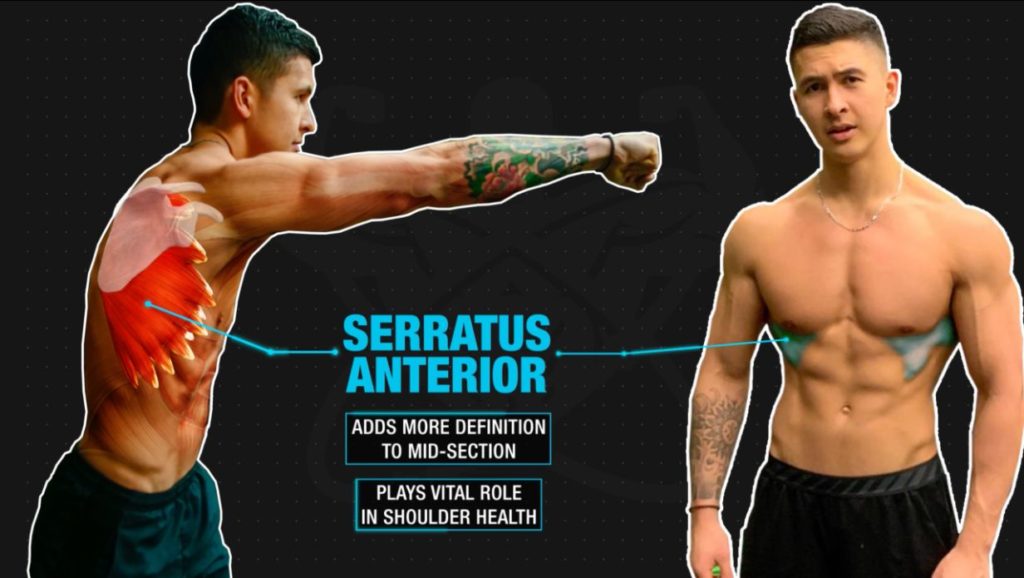 So, as you can see, each of these muscles plays a significant role in sculpting out an impressive midsection. Meaning that your abs routine needs to be designed in a way that hits each of these various muscles.

But this is something that most people fail to do with their ab workouts. That's really because of the overwhelming number of core exercises out there. Which makes it difficult to pinpoint exactly which ones you should be focusing your time and effort on. And which ones will speed up your core development most effectively.

In this article though, that’s exactly what I’ll show you how to do by crafting the best six pack abs workout for you based on:

So the first exercise we’re going to perform is the reverse crunch. Now, the reverse crunch is categorized as a “bottom-up” abs exercise since the hips are brought up towards your shoulders. As a result, it effectively favours the lower abs over the upper abs in terms of activation.

Now the reason for starting out with this movement first in the workout is simply because bottom-up abs exercises are typically the most taxing to perform when compared to other abs exercises. And given that the lower abs are the region of the abdominals that most people struggle with not only losing fat from but also with developing, we’ll want to prioritize them by working them first in the workout when we’re fresh.

How To Perform The Reverse Crunch Correctly

So instead of doing this, what you want to do is: 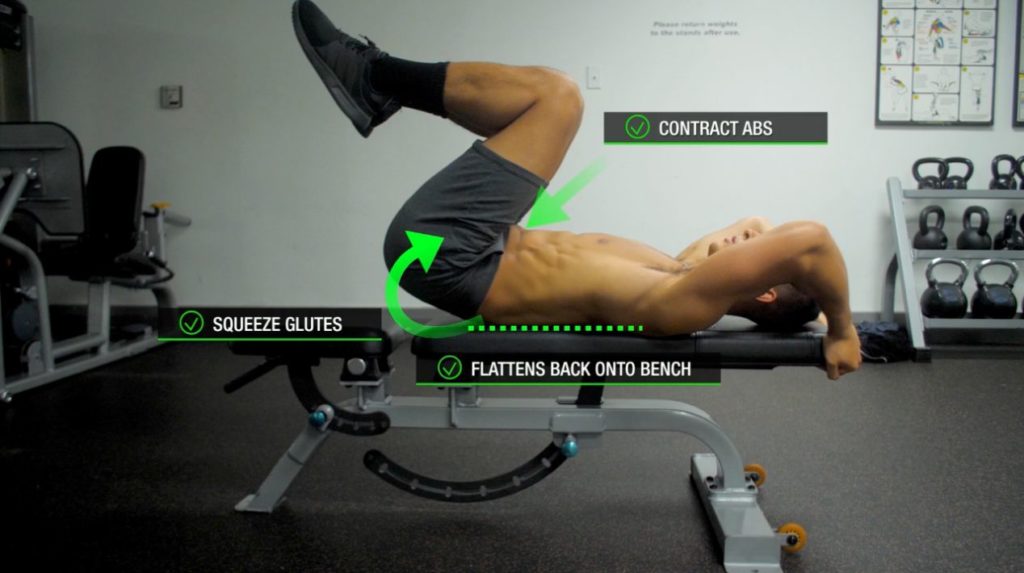 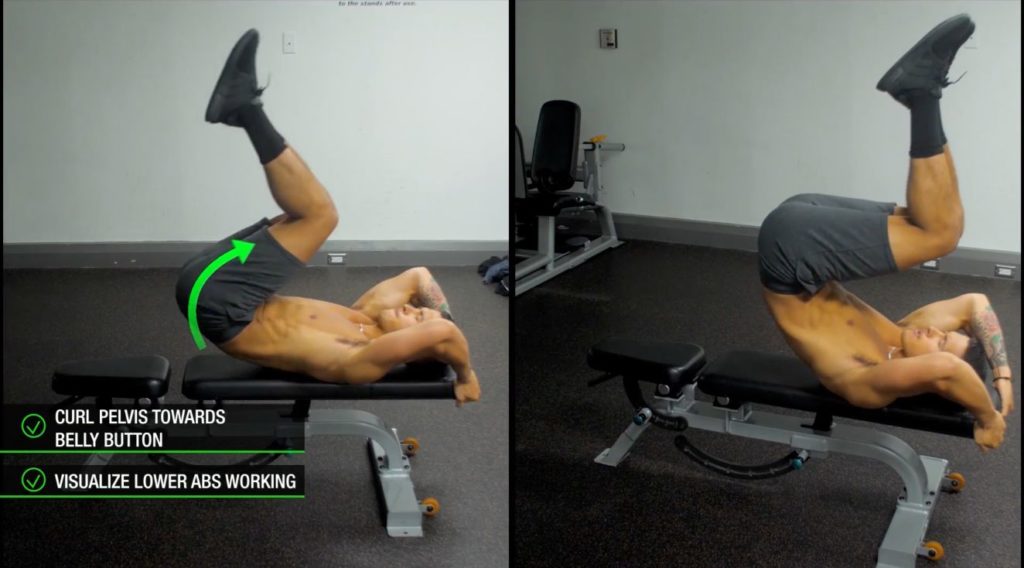 Incorporating The Reverse Crunch In A Six Pack Abs Workout

I’d recommend building up this movement to roughly 2-3 sets of 15-20 reps done with bodyweight and full control. And then move onto performing them weighted and/or with a decline implemented like so for 2-3 sets of 10-15 reps.

This is crucial that you do. Since just like any other muscle like your biceps, for example, you want to overload your abs with more weight over time. This allows you to best develop and stimulate their growth.

Still struggling to get the execution of the reverse crunch right? I understand how frustrating it can be. That's why I built the 3-on-1 coaching, so you get the necessary guidance. My team of experts - and I - will personally see that you perform every exercise as they're meant to. To find out more:

Next, we’ll move onto a rotational movement: the high to low woodchoppers. This allows us to shift our focus onto the all-important obliques. These are a great option to include in your core workout since they enable us to apply a weighted resistance directly in line with the diagonal way that the oblique fibres run. 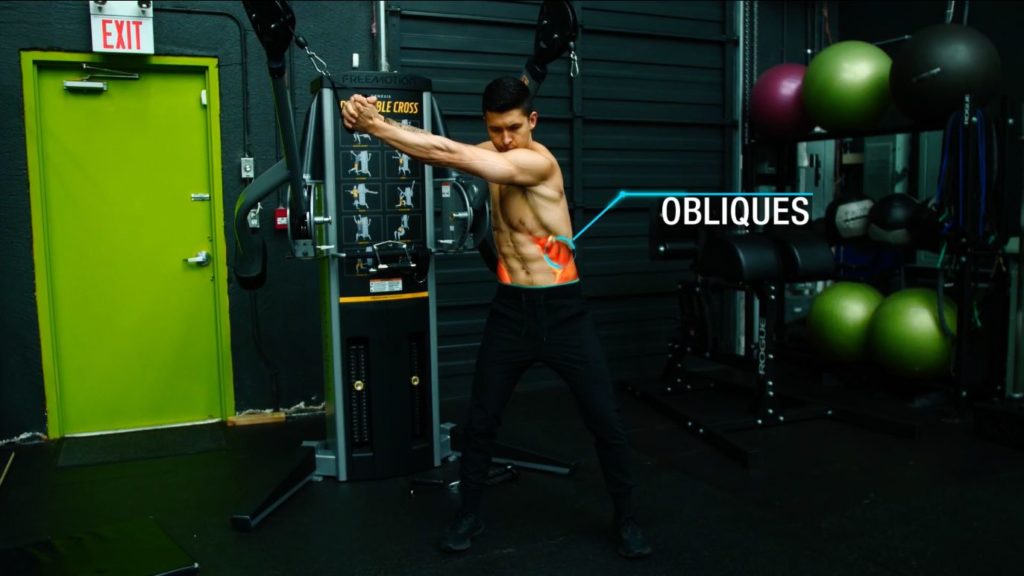 How To Perform The High To Low Cable Woodchoppers

And for these, you want to avoid simply swinging the weight down with your arms.
Instead: 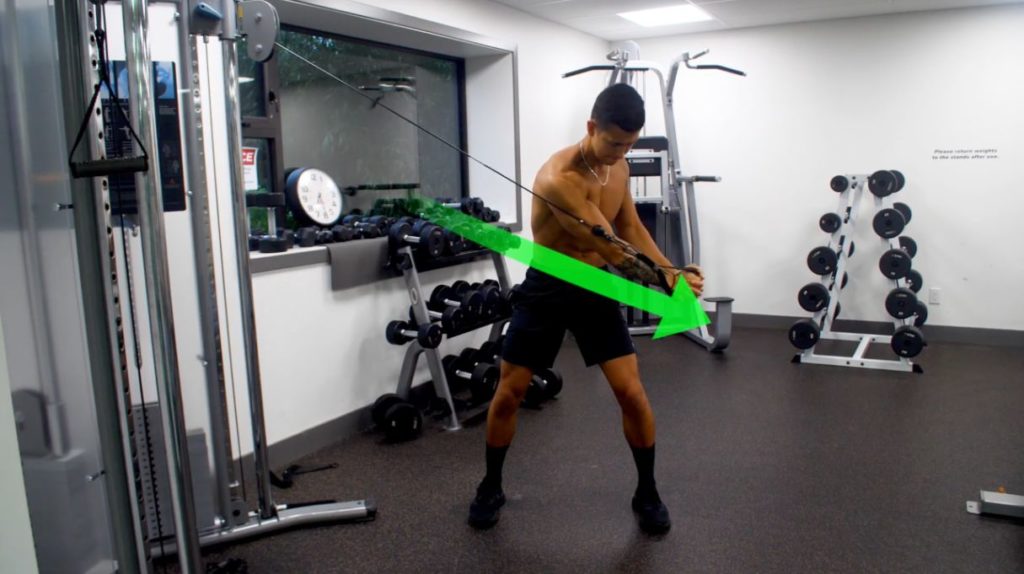 I’d recommend a set and rep range of roughly 2-3 sets of 10-15 reps, and adding more weight as this becomes easier.

However, if you find difficulty with this movement then a viable alternative are bicycle crunches. 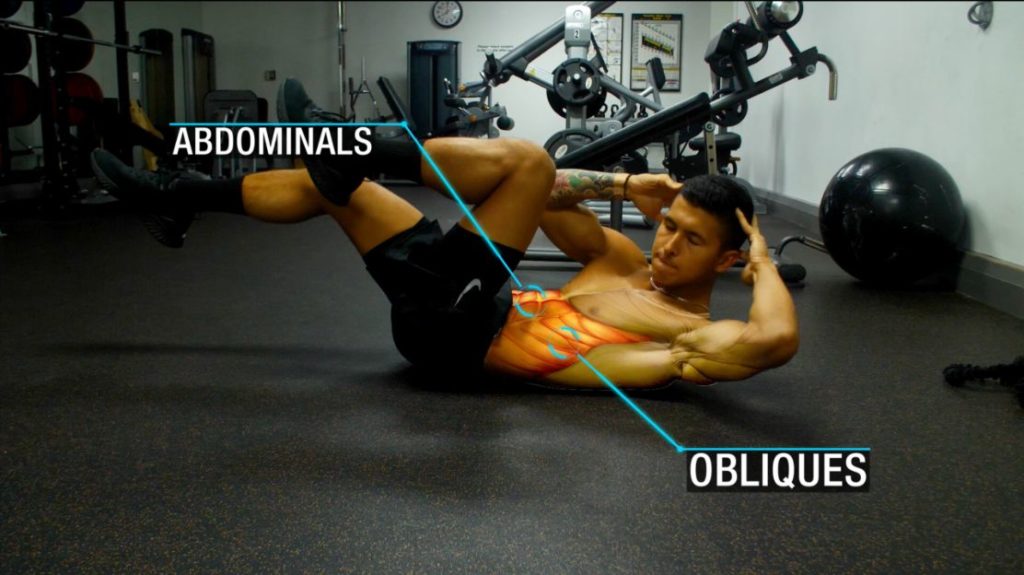 That's because bicycle crunches have been shown by the American Council of Exercise to elicit quite a high activation of the obliques when compared to other common obliques exercises. 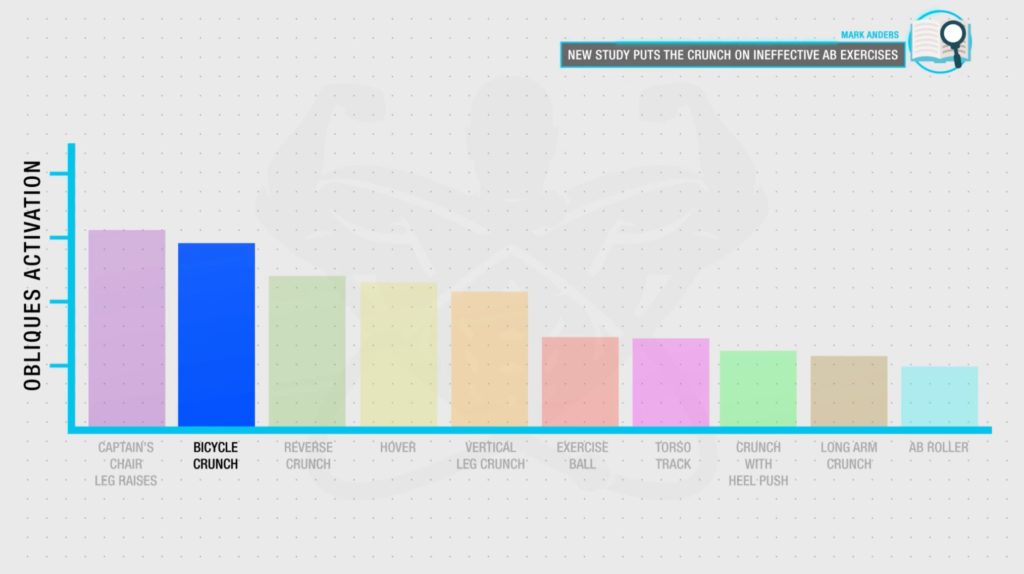 For these though, you’ll want to implement a higher rep range of roughly 20-30 reps. Or simply perform them to failure since you’ll be working just with your body weight here.

Next, it’s time to move onto weighted crunches. This exercise is a top-down abs movement that we know will now enable us to selectively emphasize the upper abs over the lower abs, which we've already worked earlier.

Now there are a variety of weighted crunches you can do here such as the stability ball crunch or weighted cable crunch, which are both effective at targeting the upper abs. 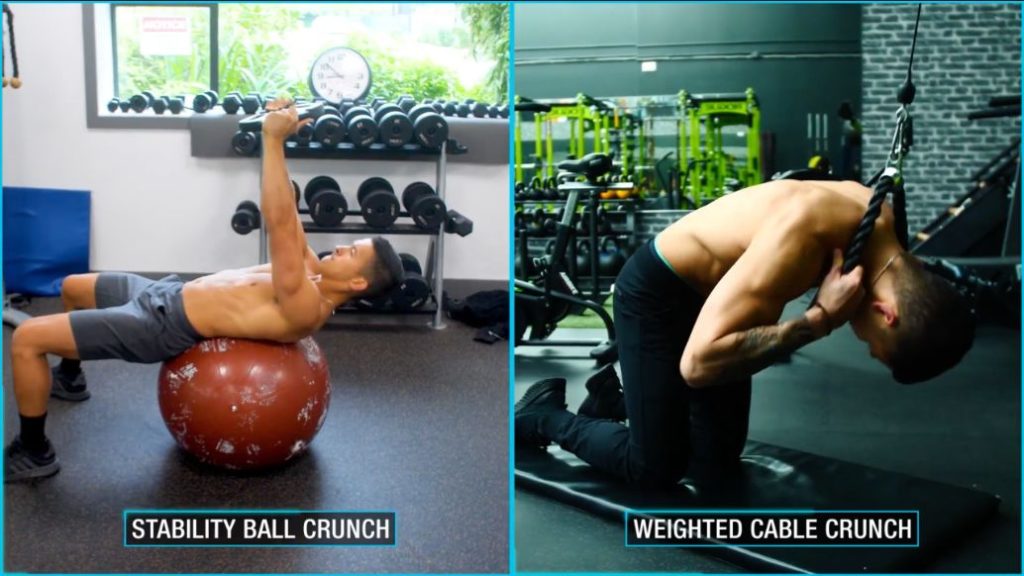 But the key is that you’re emphasizing the top-down aspect of these movements by focusing on simply bringing the rib cage forward and down towards the pelvis.

Your hips should simply remain stationary as you perform each rep which will enable your abs to be taken through their full range of motion.

And for these, you’ll want to use a moderate rep range of 2-3 sets of 10-15 reps and again, gradually overload these with more weight as your abs develop and strengthen over time.

The last exercise of this abs workout will be something called serratus jabs. Which we know based on EMG analyses elicits very high activity of the serratus anterior since it effectively applies both of its main movement functions: 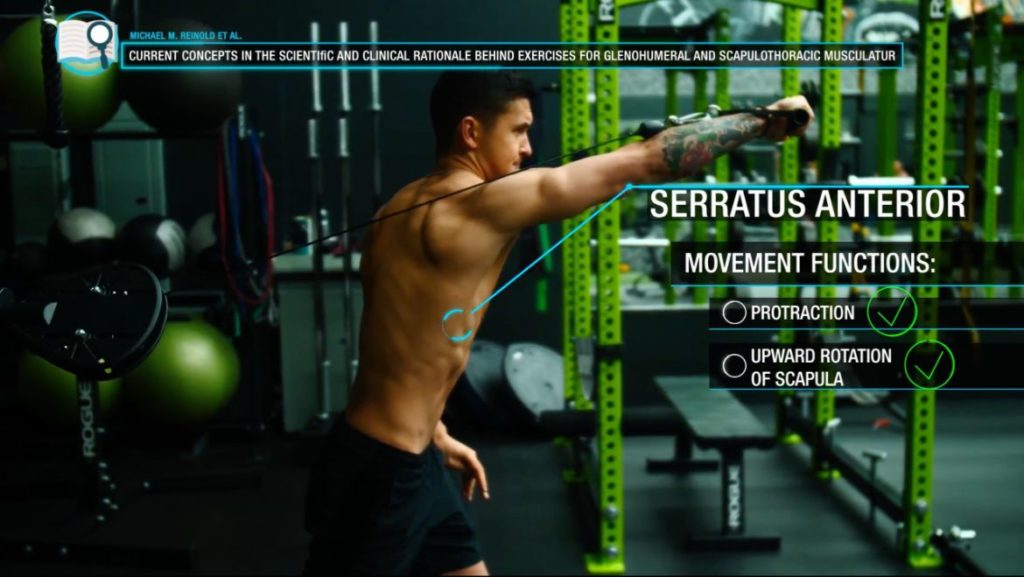 How To Perform Serratus Jabs

You can use a band or cable and set it up such that your arm travels upward during the jab. Then you want to simply perform an upward punching motion. And reach as far as you can at the end position to protract that scapula and fully activate the serratus anterior.

And we’ll again use a rep range of 10-15 reps per side for these and overload it overtime by increasing the resistance.

So to wrap this workout up for you, here’s how you’d want to construct it.

I’d recommend performing this workout 1-3 times per week, which can either quickly be done after your main workouts or on your rest days.

And for your convenience, I’ve compiled all of this information into an easy to a completely free, mobile-friendly PDF for you to download and use for reference while you’re at the gym performing this core workout... 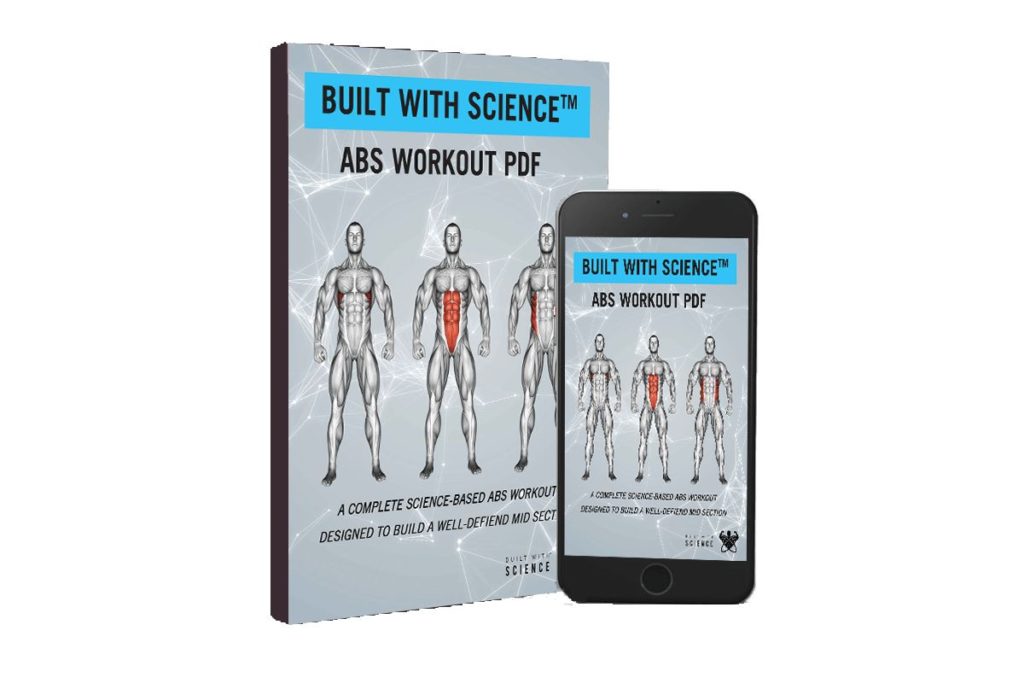 ...it’ll show you the full workout, rest times, step-by-step tutorials for each exercise, and more.

To get a copy of it:

Now keep in mind though guys that this six pack abs workout, with the best ab exercises, is just one piece of the puzzle. If you truly want to attain a shredded, well-defined set of six pack abs then you need to pair your workouts with a nutrition plan that helps you both shred off fat effortlessly while providing your muscles with the fuel they need to recover and grow to the best of their ability after each workout.

And for a step-by-step program that takes care of all the guesswork for you and shows you exactly how to train AND what to eat week after week in order lean down most effectively with science, just like several other members have been able to do with their Built With Science programs, then:

The Best Ab Workout For Six Pack Abs (Based On Science)