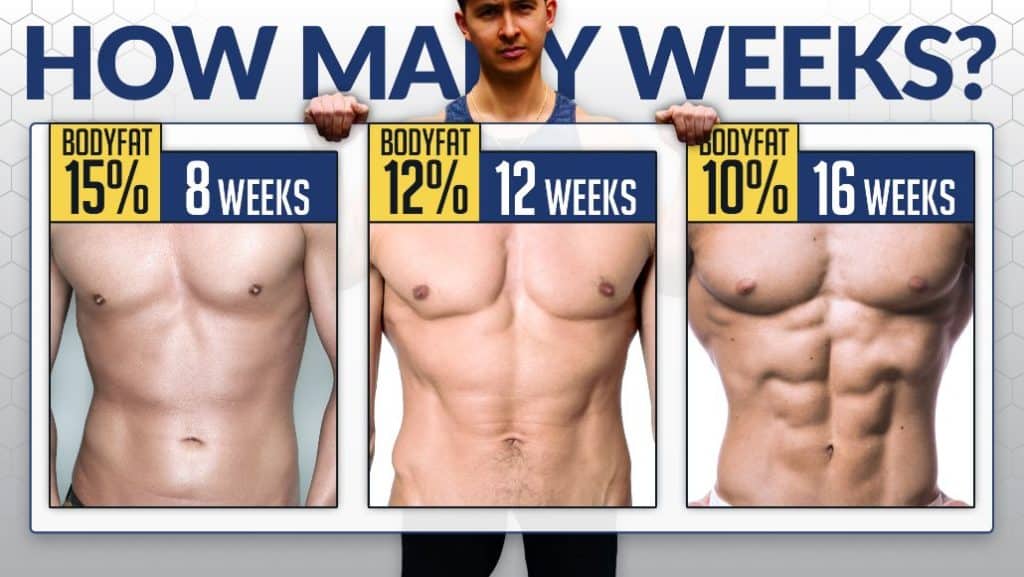 If you're like most people, getting a well-defined six-pack is the ultimate goal. It looks good - and is an indicator of a strong, functional core. But just how long does it take for your abs to show? I show you the exact steps you need to take to calculate that for yourself below.

How long does it take for your abs to show? I'll be honest. This is one of the questions I’ve always wondered when I first started training seriously. And the chances are high that you're also curious because for many of us, getting a well-defined six-pack is the ultimate goal. But the answer to that question? There's no straight-forward answer. It depends. To be more specific, it depends on:

This is why in this article, we’ll first calculate just how long does it take for your abs to show, and then, more importantly, we’ll cover how to best ensure your success throughout those weeks.

Looking for a step-by-step program that takes care of all the necessary factors in stripping off fat (i.e. training and nutrition), so that you can achieve your six-packs in the most time-efficient manner? Then you've come to the right place:

First and foremost, anatomically, everybody has a six-pack. It’s just a question of whether it’s visible or not. As for how long does it take for your abs to show, exactly?

Well, here's something you should know. Abs only become visible once a low enough body fat is achieved to reveal them. For men, your abs will typically start to become visible at around 15%. But at 12% is when you start to really see some good definition with your six-pack. And at 10%, your six-pack is clearly visible and well defined. For women, I wouldn’t recommend a “clearly visible six-pack” as being the goal. But some percentage equivalents to what I covered with males would be around 22%, 20%, and 18%.

How Long To Get Abs 'Calculator'

Now, to determine roughly how long it would take you to reach those goal body fat %’s and for your abs to show, we can use the following formula: Bodyweight With Goal Six Pack = Lean body weight/(1-desired body fat percentage).

So, take out a pen and paper. We’ll run through this simple calculation step by step using Joe over here as an example. I’m going to use lbs in my example - but if you use kgs, then just run through the exact same calculations with kgs instead.

First, we’re going to determine your lean body weight. This is simply how much you would weigh if you had absolutely no fat. To do so, estimate what your current body fat percentage is by looking at the following charts. 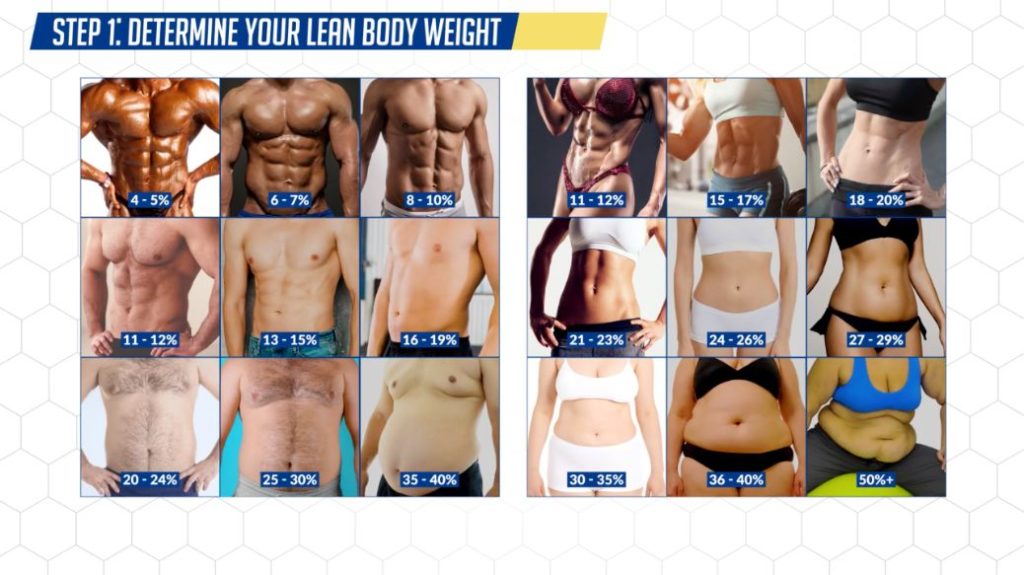 Next, pick your goal body fat percentage. Based on what I said earlier, determine how lean and how visible you’d like your six-pack to be. I’d recommend being very conservative here. Why? Well, that's because once you reach a certain body fat %, you can always keep pushing to get lower. 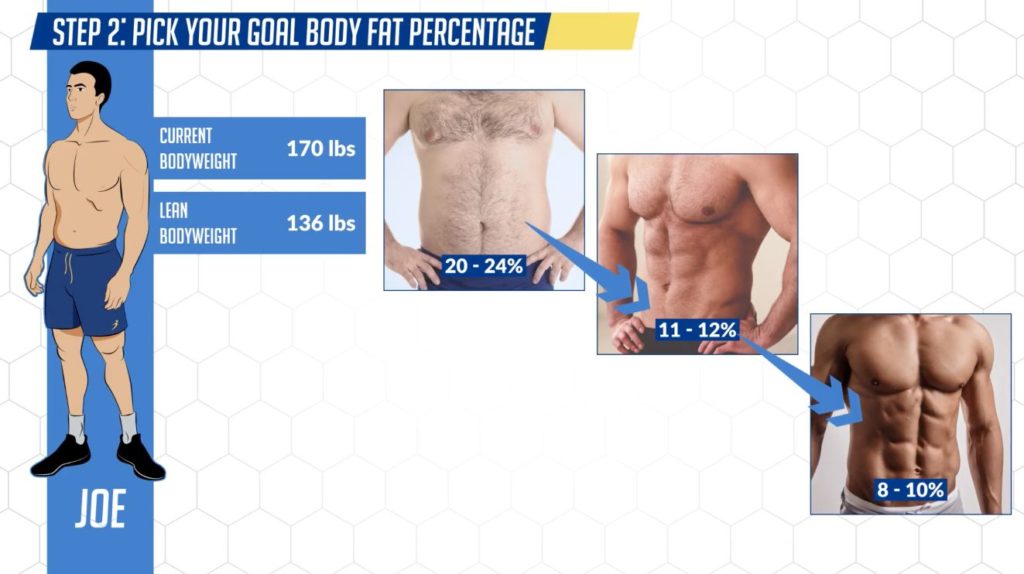 Step 3: Divide By 100 And Plug The Figure Into The  Formula

Once you have this, divide it by 100. And we’ll then plug everything into the formula like so. Run that calculation. The number you end up with represents roughly what your bodyweight would be once you achieve your goal body fat percentage and desired six-pack.

Step 4: Subtract The Figure From Your Current Body Weight

Step 4: Then, simply take that number and subtract it from your current body weight. The number you get there represents roughly how much fat you’d have to lose in order to achieve your goal body fat percentage. Which is also enough for your abs to become visible. In this case, Joe would need to lose around 15lbs of fat to get to his goal of 12% body fat and reveal his abs.

And finally, based on this number, we can finally get the answer to your burning question: "How long does it take for my abs to show?!" In other words: this figure will help determine roughly how long it will take you to lose that amount of fat - and attain your six-pack.

These Tips Can Help You Successfully Reveal Your Six-Packs

Unfortunately, this is where most people screw everything up. Because imagine what typically happens when you tell someone they need to lose 15lbs to get their six-pack. Chances are, they’re going to try to lose that weight as fast as possible. That's because they (understandably) want to attain their six-pack as quickly as possible. But what most people don’t realize is that there’s a limit to how much fat you can lose every day. Exceeding this limit will cause more weight to be lost. But there's a catch. It'll be from muscle, not from fat.

For instance, in one study, resistance-trained males and females were prescribed to lose weight slowly at a rate of:

Although it took the slow group 3 more weeks of dieting, both groups lost the same amount of weight. Additionally, of the weight that was lost, those in the slower weight loss group:

Lose An Average Of 0.7% Of Your Current Body Weight Per Week

To put this into perspective for you, here’s one of our Built With Science members Andrew. 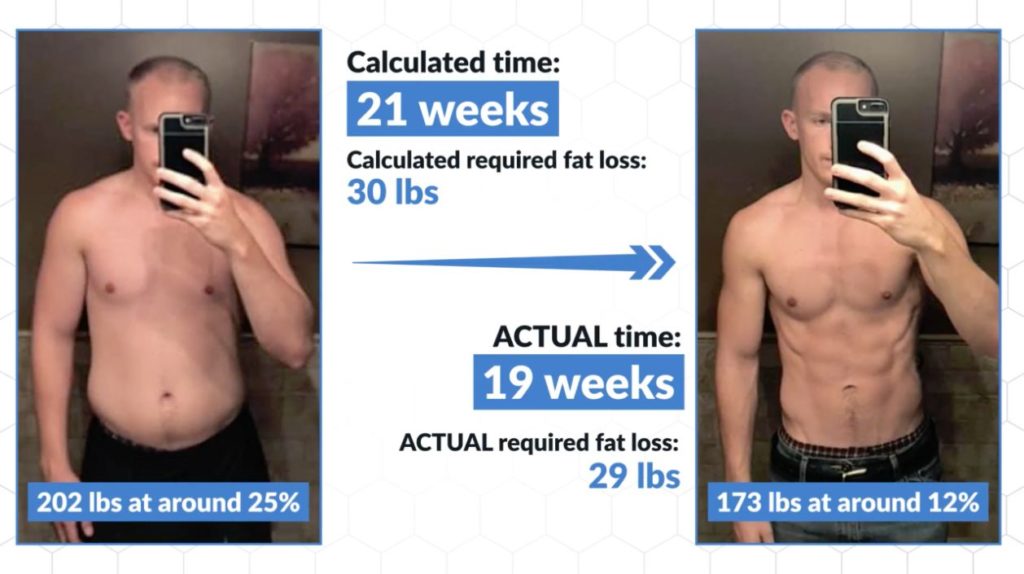 His starting point as you can see was 202 lbs at around 25% body fat. Using our calculation, he’d need to lose about 30lbs of fat to get down to around 12% body fat to reveal his six-pack. This is assuming that he maintained his existing muscle mass. So at our proposed rate of fat loss of losing 0.7% of your body weight per week, this would (on paper) take him about 21 weeks to accomplish.

Now it actually took him just shy of 21 weeks (19 weeks) to lose 30 lbs of fat. He got down to 173 lbs and around 12% body fat, with his abs now clearly visible. This is just a real-life example to help illustrate the potential accuracy of the formula I just went through.

If you're inspired by the result Andrew has gotten, then our 3-on-1 coaching program will be of interest to you. This is where my team of qualified personal trainers and nutritionists (plus myself!) will guide you through the process of achieving your six-packs (and overall physique) in the most science-backed, time-efficient way possible. Find out more here:

Do note, however, that this formula does have its limitations. That's because it won’t account for:

But nonetheless, it’s a good way to get a rough estimate.

Give Yourself A Few Weeks Of Extra Time

Now, keep in mind that throughout this transformation Andrew was following his program to the tee. He remained consistent day after day and week after week. And that’s exactly what the estimation you calculated assumes you’re doing. So, to be realistic, you should provide yourself with a few weeks of extra time and expect the process to have its ups and downs.

In addition to this few weeks of added buffer time to your estimation... Another thing you may want to consider is taking periodic breaks from your several weeks of dieting. That is, instead of attempting to do it all in one shot. This is because the longer you diet for, the harder it will inevitably become. As you lose more and more weight, it is likely that increased hunger and fatigue will start to set in. And this makes adherence difficult.

To counteract this, research shows that increasing your calories back to maintenance for several days every few weeks, or what’s now commonly known as a “diet break”, can help to fight off these cravings. Illustrating the effectiveness of this approach is a brand new study led by researcher Jackson Peos. 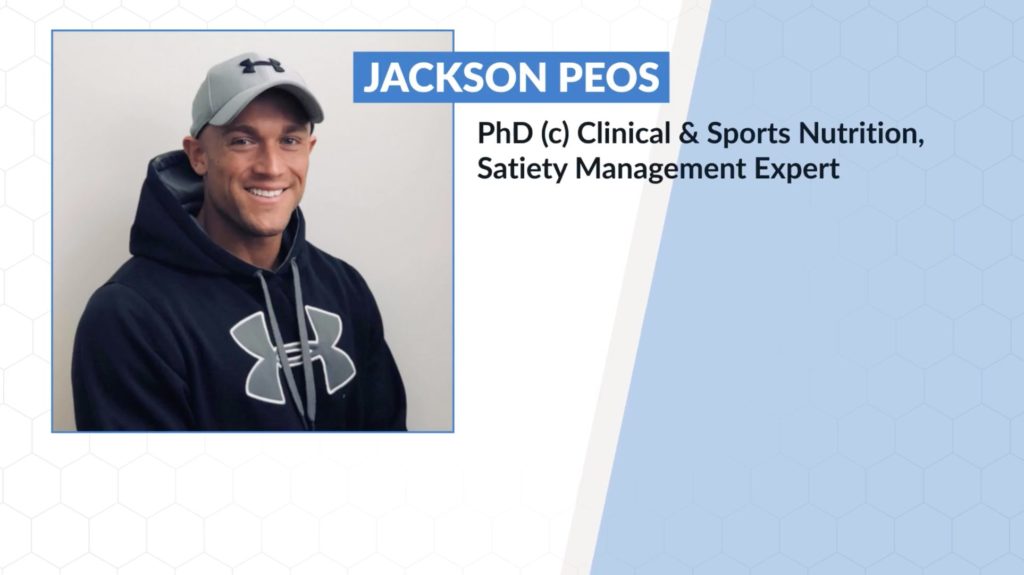 In this study, 61 resistance-trained men and women were assigned to either: 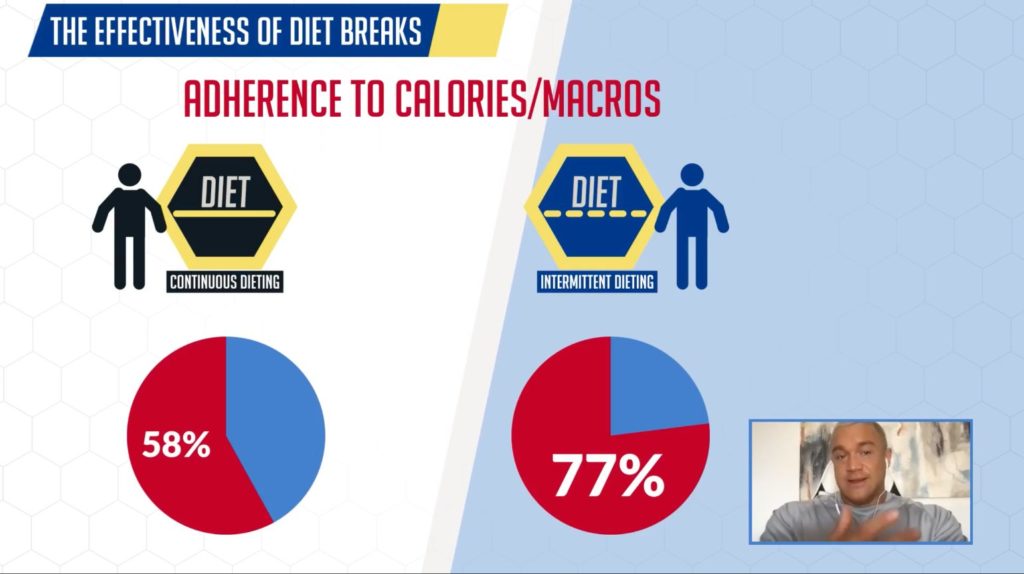 Meaning that if in the past you’ve struggled with adhering to a diet consistently? Or you just eventually get to the point where you’re really feeling the effects of your diet? Then don’t be afraid to take a diet break.

You'll Still Have To Plan For Your Diet Breaks

But remember, this is not an excuse to eat anything you want. But, rather, involves strategically increasing your calories to maintenance mainly by increasing your daily carb intake. And then continue to track your intake to make sure that you are staying on track.

Do note, however, that this will extend the time required to reach your goal. But if you’re not in a rush to hit that goal for a big event, for example, then it’s something you’ll want to consider. This is so when you're approaching the end of your diet when you’re much leaner and the diet gets much harder. For instance, if you calculated it would take you 12 weeks to get to 10% body fat... Then you may want to consider interspersing 1-2 diet breaks towards the end of it to help with adherence and hunger levels. But, you can always make that decision based on how you feel when you get there.

How Long Does It Take For Abs To Show: Takeaway

So, all in all guys, despite everything I went through with regards to timing, please don’t obsess over the exact time it’s going to take. It’s good to have a rough time frame in mind. This is what the formula I went through can help you do. That is, it'll better help you focus on the process and the specific steps that you will take to achieve your goal. But it doesn't overemphasize exactly how long it will take for your abs to show.

Those who set goals and focus on the specific things that they will do along the way are the most successful at achieving them. This not only applies to attaining a six-pack, but to everything in life. And if you need more guidance with regards to the specific action plan you’ll need to take throughout these weeks, I’ve covered this extensively in many of my past articles. Here's a brief primer:

If you’re seeking more guidance and looking for an all-in-one customized approach that shows you step by step exactly how to train and how to eat week after week in order to burn off unwanted fat and build lean muscle just like thousands of our Built With Science members have done, then:

How Long Should You Diet To Get A Six-Pack? (AVOID THIS MISTAKE!) 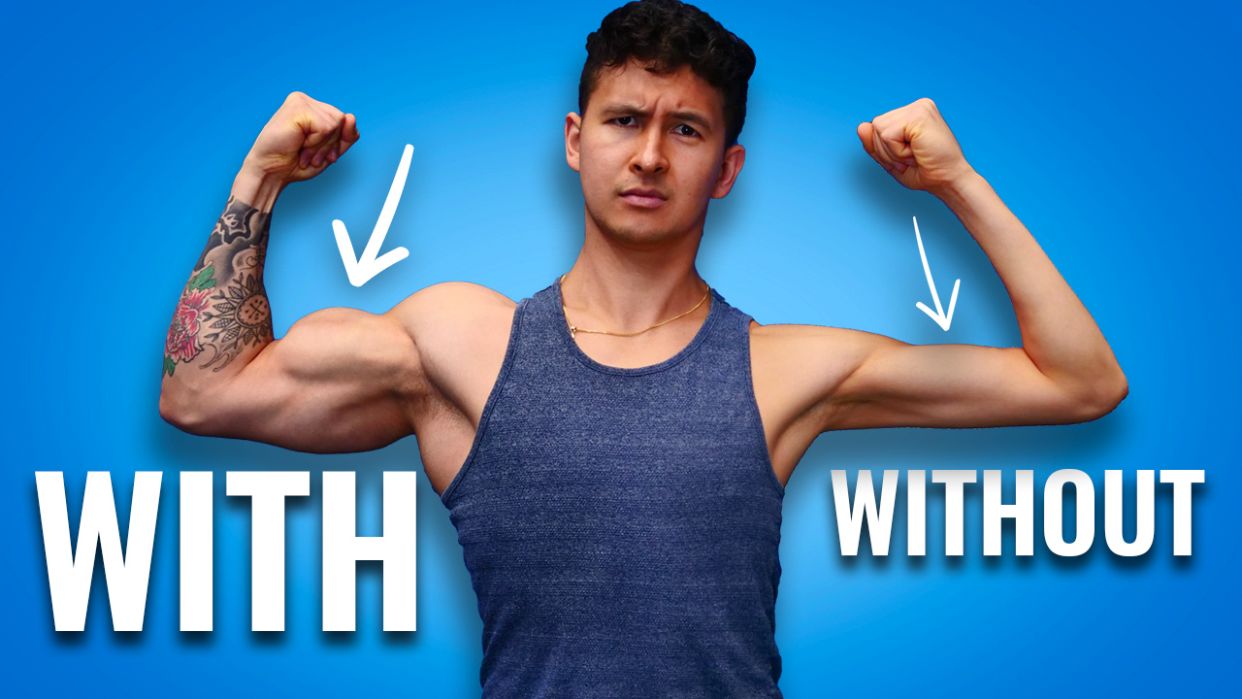 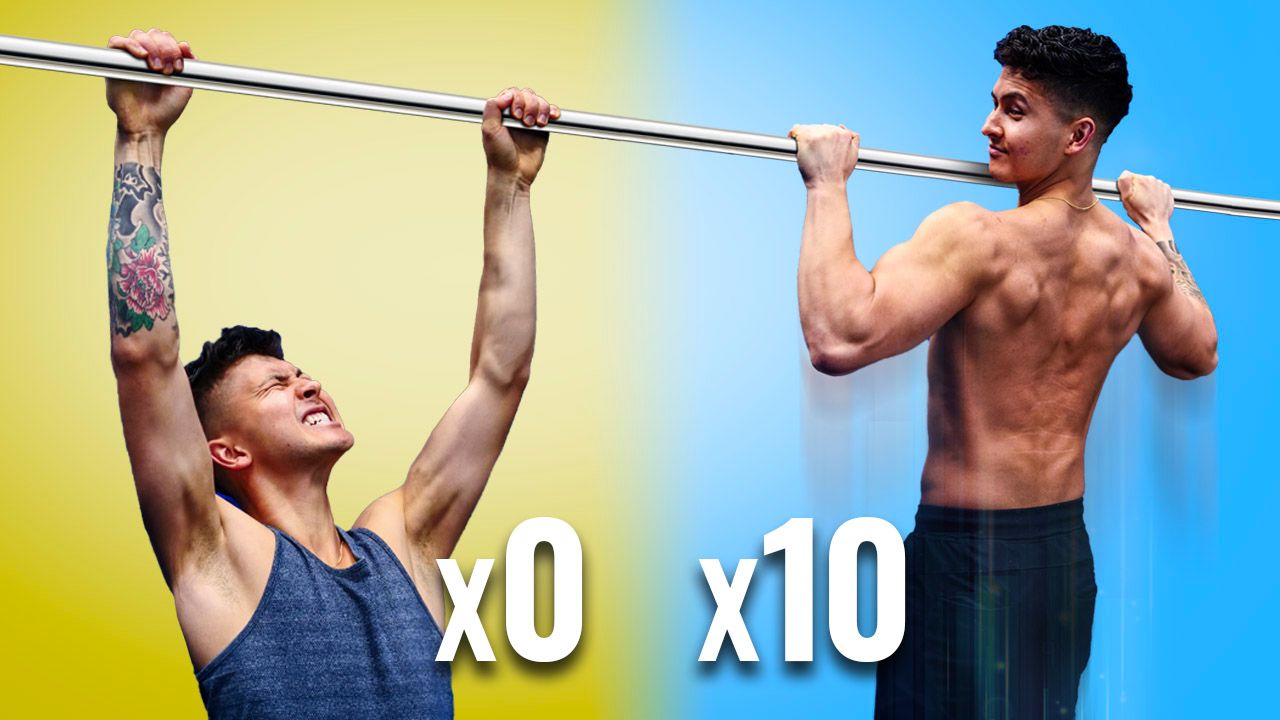 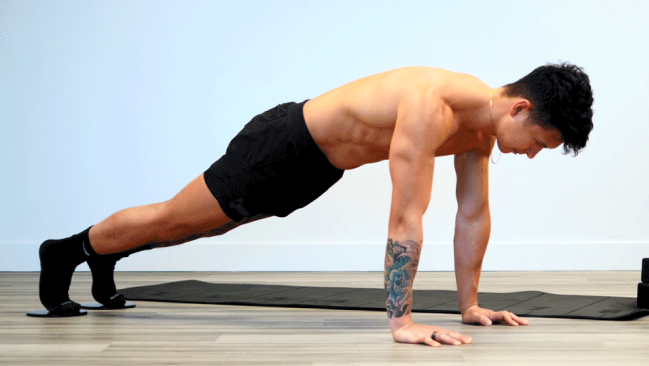